"Armageddon Is Our Ignorance - Not Their Choice"

"The Psychopath's Mandate - Understanding The Agenda" 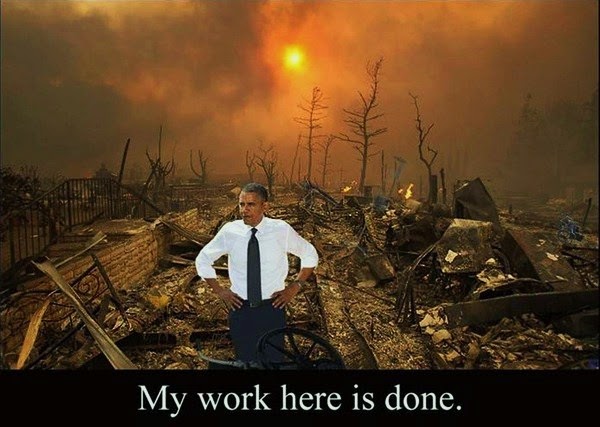 I do not believe that the psychopaths we have allowed to take control of this planet want to destroy it, or they would not have organic seeds stored in huge silo's whilst feeding us deadly GMO's. Neither would they have built vast underground complex's all over the world if that were the case, yet we know massive depopulation of the plebs is high on their agenda.

Neither do I believe that Armageddon is a war that can be fought physically on the face of the earth, but rather, simply a war fought in the hearts and the minds of the people. We know they are following Bible prophecy to the letter, did you ever ask yourselves why?

Divide and Conquer has been a proven and successful strategy used by the globalist psychopaths for millennia, and why? Because they know the people of the world refuse to unite together to bring an end to thousands of years of war.

This posting is simply to illustrate to the masses the globalists methods of operation. What the masses do with that knowledge will determine the fate of us all.

Contrary to popular belief, the conduct of nations on the international stage is almost never driven by moral considerations, but rather by a shadowy cocktail of money and geopolitics. As such, when you see the mouthpieces of the ruling class begin to demonize a foreign country, the first question in your mind should always be "what is actually at stake here?"
For some time now Russia, China, Iran, and Syria have been in the cross hairs. Once you understand why, the events unfolding in the world right now will make much more sense.
The U.S. dollar is a unique currency. In fact its current design and its relationship to geopolitics is unlike any other in history. Though it has been the world reserve currency since 1944, this is not what makes it unique. Many currencies have held the reserve status off and on over the centuries, but what makes the dollar unique is the fact that since the early 1970s it has been, with a few notable exceptions, the only currency used to buy and sell oil on the global market.
Prior to 1971 the U.S. dollar was bound to the gold standard, at least officially. According to the IMF, by 1966, foreign central banks held $14 billion U.S. dollars, however the United States had only $3.2 billion in gold allocated to cover foreign holdings.
Translation: the Federal Reserve was printing more money than it could actually back.
The result was rampant inflation and a general flight from the dollar.
Now you might be wondering how the dollar has maintained such a dominant position on the world stage for over forty years if it's really little more than an elaborate ponzi scheme.
Well this is where the dollar meets geopolitics.
In 1973 under the shadow of the artificial OPEC oil crisis, the Nixon administration began secret negotiations with the government of Saudi Arabia to establish what came to be referred to as the petrodollar recycling system. Under the arrangement the Saudis would only sell their oil in U.S. dollars, and would invest the majority of their excess oil profits into U.S. banks and Capital markets. The IMF would then use this money to facilitate loans to oil importers who were having difficulties covering the increase in oil prices. The payments and interest on these loans would of course be denominated in U.S. dollars.
This agreement was formalized in the "The U.S.-Saudi Arabian Joint Commission on Economic Cooperation" put together by Nixon's Secretary of State Henry Kissinger in 1974.
Another document released by the Congressional Research Service reveals that these negotiations had an edge to them, as U.S. officials were openly discussing the feasibility of seizing oil fields in Saudi Arabia militarily.
Though presented as buffer to the recessionary effects of rising oil prices, this arrangement had a hidden side effect. It removed the traditional restraints on U.S. monetary policy.
The Federal Reserve was now free to increase the money supply at will. The ever increasing demand for oil would would prevent a flight from the dollar, while distributing the inflationary consequences across the entire planet.
The dollar went from being a gold back currency to a oil backed currency. It also became America's primary export.
Did you ever wonder how the U.S. economy has been able to stay afloat while running multibillion dollar trade deficits for decades?
This petrodollar system stood unchallenged until September of 2000 when Saddam Hussein announced his decision to switch Iraq's oil sales off of the dollar to Euros. This was a direct attack on the dollar, and easily the most important geopolitical event of the year, but only one article in the western media even mentioned it.
In the same month that Saddam announced he was moving away from the dollar, an organization called the “The Project for a New American Century”, of which Dick Cheney just happened to be a member, released a document entitled “REBUILDING AMERICA’S DEFENSES Strategy, Forces and Resources For a New Century”. This document called for massive increases in U.S. military spending and a much more aggressive foreign policy in order to expand U.S. dominance world wide. However the document lamented that achieving these goals would take many years “absent some catastrophic and catalyzing event – like a new Pearl Harbor”.